Captain Of Her Heart (Brethren of the Coast Book 5)
Lady Alexandra Seymour is going after her man.  To make amends for a past deception, when she enlisted her connubial conquest’s aid in a scheme of hearts, she tells newly inducted Nautionnier Knight Jason Collingwood, “I will do anything.”  But she ends up making his bed, instead of warming it.  Still, Alex will not be discouraged, as she vows to meet and surpass his challenge, but will he meet hers? 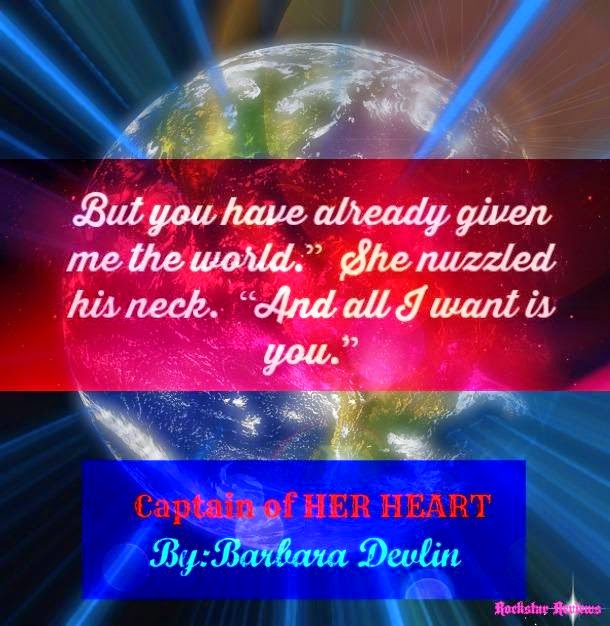 When Alex arrives in Plymouth, Jason tries to resist the temptation she presents, but the highborn daughter of a duke will not be denied.  As his storm-battered ship is refitted, he mends the rift in his relationship with the woman of his dreams, but war gets in the way, as duty calls. When Jason returns, six months later, hoping to surprise Alex with a proposal, he’s the one in for a shock, and he fears his lady may never again hold him as the captain of her heart.

Purchase link:
Captain Of Her Heart (Brethren of the Coast Book 5)

Barbara Devlin was born a storyteller. A Texan, through and through, Barbara hasn’t been without a book in her possession since she was in kindergarten. She wrote her first short story, a really cheesy murder-mystery, in high school, but it was a Christmas gift, a lovely little diary with a bronze lock, given to her in the fifth grade that truly inspired her love for writing.
After completing part of her undergraduate studies at the University of London, Barbara returned home and began a career in banking. But the late 80’s weren’t too promising for the financial industry, and every bank that hired Barbara soon folded. So she searched for a stable occupation, and the local police department offered the answer to her prayers.
Initially, Barbara wasn’t too sure about her new chosen career in law enforcement, but she soon came to love being a police officer. However, on an uncharacteristically cold and icy day in December 1998, Barbara was struck by a car and pinned against a guardrail while working an accident on a major highway. Permanently disabled, she retired from the police department and devoted her time and energy to physical therapy.
Once Barbara got back on her feet, she focused on a new career in academia. She earned an MA in English, continued on a course of study for a Doctorate in Literature and Rhetoric, started writing historical fiction in her spare time, and completed five full-length novels featuring her fictional knighthood, the Brethren of the Coast.  Book six is currently in the works. 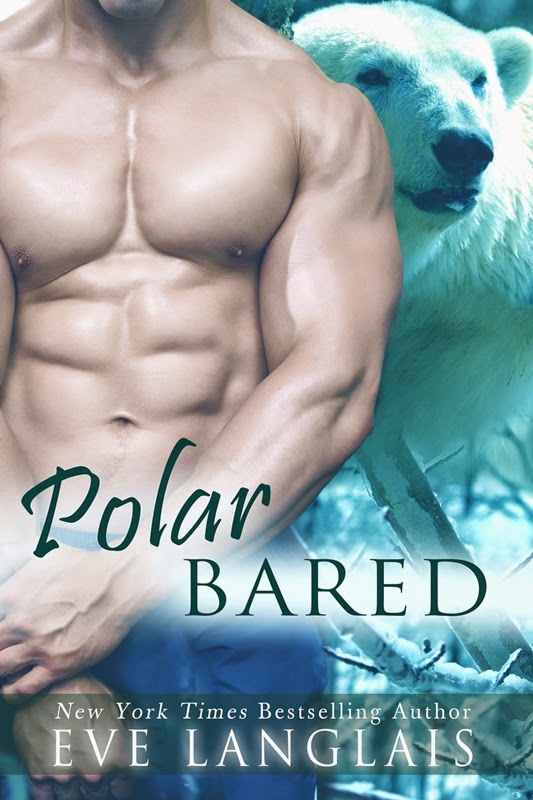 What’s a bear to do when a human has a polar-izing effect? Gene only has one thing on his mind, vengeance, until Vicky crashes into his life. When Vicky accidentally slides into the side of a polar bear, she doesn’t expect to fall in love. Eaten yes, perhaps used as a chew toy, but become the object of a bear’s affection and lust? Crazy! Almost as crazy as the fact the polar bear turns out to be a man. A sexy man. A man who growls, and roars and does everything he can to chase her away. Only to come back. Poor Gene. After the pain and betrayal he suffered in the war all he wants is vengeance against the brothers who left him behind. But he’s confused when instead of wanting to punish him for his evil acts, they offer him forgiveness. As if that weren’t annoying enough, the cutest geek he ever met—with caramel kissed skin covering a lush, rounded figure and wearing the sexiest dark rimmed glasses—won’t leave him alone. Or more like, he can’t seem to stop following her.

And it isn’t just because someone is out to hurt her. He wants her. But does he want her more than vengeance?

With a growl, he shifted shapes and stood, hands on his hips, glaring down at her.
“What am I going to do with you?” he muttered aloud.
She would, of course, take that moment to flutter her eyes open, blink, take in his appearance, and then, instead of screaming as expected, replied, in a slurred voice, “Wow. Can I suggest you do me?”
Well, that was unexpected. He surely misunderstood. “What the fuck did you say?”
She squinted, her glasses lost or tucked away. “You are naked.”
“Very.”
“Why?”
“Why what?”
“Why are you naked? It’s cold out here.” As if to make that point clear, she shivered. “So cold.”
He held in yet another sigh. “You need to get somewhere warm before you die.”
“You mean I’m not dead yet?”
“Emphasis on the yet,” he grumbled.
“Oh. I guess I’m close then. That would explain why I’m hallucinating a giant naked man is talking to me.”
She thought him a hallucination? That might actually work in his favor.
“This is all a dream.”
A sigh escaped her. “Figures. I never have good ones. Why can’t I have one where I’m on a warm beach? With you naked still of course.” She smiled and giggled.
Gene frowned. Someone was feeling the effects of being out in the cold for too long. It happened. Something about the air, and other mumbo jumbo shit he didn’t pay much attention to. As a shifter he didn’t suffer from normal human frailties.
But she apparently did.
“Do you have a name?” he asked as he bent down to pick her up.
“Victoria, but people usually call me Vicky. Or Trippy. I’m a little clumsy,” she said in an almost whisper, as if confiding in him.
Clumsy was understating it from what he’d seen so far. With her in his arms, he faced the dilemma of how to climb the hill. He solved it the same way he had in the desert with one of his fallen mates. “I’m going to put you on my back. I need you to hold tight around my neck and wrap your legs around my waist.”
“You want me to piggyback you?”
“Yes,” he said, shifting her around his torso.
She clung to him, her chin resting on his shoulder, her limbs snug around him. It warmed him more than it should have.
“Don’t let go,’ he warned as he began to climb.
“I won’t. I can do anything in a dream,” she announced. “I can pretend I’m skinny and beautiful. I can meet strange naked men. I can even kiss them.”
And she did. She planted a sloppy smooch on his neck, and he almost lost his footing.
“What the hell was that for?” he barked.
“A thank you?” she said in a meek voice.
“You don’t need to thank me. This is a dream, remember?” He practically growled the words at her but couldn’t erase the sizzling heat of her embrace.

Hello, my name is Eve. I’m a stay at home mom who writes full time in between juggling my three kids, hubby, and housework, I write really raunchy stuff–usually with werewolves lol.

I am a bestselling Amazon author, ranking often in their top 100 romance authors. But I’m not just popular with Kindle readers. I was one of the top ten selling authors on AllRomance for 2013 and have had numerous of my books hit the top 20 books over all on Barnes & Nobles as well.

I am the first person to admit I am totally boring and lead a mundane life. Seriously. My idea of fun is shopping at our local Walmart lol. I like to play video games, cook, and read. My inspiration, hmm, I guess you could say hubby as he is a total alpha male which means I often want to club him over head with a frying pan. But, despite his ornery, ‘I-am-man’ nature, I love him dearly.
I’m writing romance, my way. I do have a twisted imagination and a sarcastic sense of humor something I like to let loose in my writing. I like strong alpha males, naked chests and werewolves. Lots of werewolves. In fact, you’ll notice most of my multi partner stories revolve around great, big, overprotective Lycans who just want to please their woman. I am also extremely partial to aliens, you know the kind who abduct their woman and then drive them insane…with pleasure of course.

My heroines, they kind of run the gamut. I have some that are shy and soft spoken, others that will kick a man in the balls and laugh. Many of them are chubby, because in my world, girls with curves ROCK! Oh and some of my heroines are a teeny tiny bit evil, but in their defense, they need love too.
Some of my work does push boundaries and cross lines. Good and evil aren’t always clear in my tales, and in some cases, I’ve stomped on well known religious ideologies. Have I mentioned my imagination is a tad bit warped?
I tend to have a lot of sexual tension in my tales because I think all torrid love affairs start with a tingle in our tummies. And when my characters do finally give in to the needs of their flesh? Well, let’s just say, you shouldn’t be reading my stuff at work. The door is wide open, explicit and hot. Really, really hot.
I love to write, and while I don’t always know what my mind is going to come up with next, I can promise it will be fun, probably humorous and most of all romantic, because I love a happily ever after.