''A young man held a young woman in his arms, her head leaned to one side, her eyes empty and still. He was shadowed, but I saw that the figure was kissing the girl's neck. No that wasn't it. As I moved closer I saw what it was. She was un-moving, a statue, while he sucked on her bleeding neck. I was cold with fear,  yet I moved closer.. mesmerized.''
Chapter Excerpt:
Prologue
Whitby, England's Capital of Goths. Hopefully one place I won't, for once be classified as weird. Weird me, never? Okay, who on earth was I kidding? I thought I saw ghosts for goodness sake. I constantly have dreams and daydreams of specific events happening, that then happen just as I've pictured it. I creep myself out sometimes.
As I lay in bed asleep, the visions happened again. It was the same one I had three nights previous.

I see dim lit shore on the coastline. I hear a man's laughter. I see the girl again. The poor thing is terrified; her blue eyes wide, the fear filling ever fibre of her. A dark figure reaches for her, brushes her face with his hand.
''Please..., don't... Not again.'' She pleaded.
The girl trembled as he leaned in towards her. He laughed again. She then froze. It wasn't just her being still. Nothing about her moved. The girl was petrified and couldn't move at all. She had become a living statue, Couldn't move, Couldn't plead, Couldn't scream. The fear was so stale I could taste it, I felt sick with it. There was nothing I could do. This dream had happened before,I've already seen it happen. I couldn't stop it. I was helpless. The vision smacked into me again. I saw the man move his face nearer and nearer. I was now in her body. I felt what she felt, her helplessness, and her memories of how he'd touch her every night, her pleading him 'NO'. He wouldn't stop he'd never stop. I felt him touch her/my body and unable to do anything about it. I was out the scene again. The poor girl was only about 12 yrs old, a child, innocent, till he took everything from her. Her mind was like tidal wave of pain. It washed over me and the dark figure.
''They will never believe you'' he whispered.
Her mind cried out. It was unbearable. It filled my every pore. It happened again, she dropped to the floor. She was dead.

Author Review:
''I enjoyed reading this book. It was different than any other vampire book that I've ever read. The vampires and the other supernatural creatures were very likeable. They acted like ordinary teenagers with favorite books and TV shows. They just had unique powers and abilities to kill other creatures. It was interesting to learn about the different vampires and creatures and how they learned to live together.
The book also contained psychological elements. The main character, Lenore, had dreams and powers that were related to a traumatic experience she was enduring. She also wasn't sure if she wanted these powers or not.
The characters in this book had depth and feelings that made you care for them. I can't wait to read the rest of her books in the series.''
- Susanne Leist, Author of 'The Dead Game'
Posted by Unknown at 12:00 AM No comments: 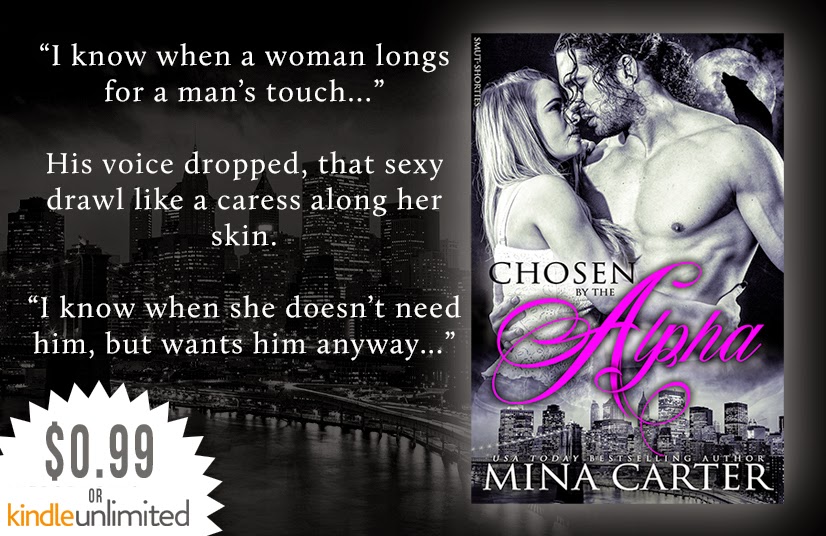 Publication Date: March 15, 2015
Who needs a man? Not Isla. Because it's not like they look hawt or smell good enough to eat... Okay, maybe they do but she's an independent woman. No way is she tempted in any way, shape or form. She can take care of herself, thank you very much. In more ways than one.

Until a sexy alpha from another pack arrives. Nick is drop dead gorgeous, with a softly-spoken manner that hides a ruthless streak a mile wide.

Once he decides he wants something, he gets it.

And he wants Isla...

Smut-Shorties: A great on-the-go short to satisfy your craving for smut! *Please be aware that this is an Erotica SHORT* 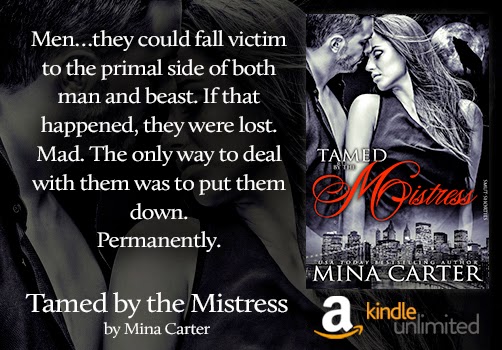 Publication Date: February 12, 2015
The Mistress rules all, but who rules the Mistress?

Mistress of the City, Reena Leroy, picked her partner for the Midwinter Choosing only to have him disappear from her bed before she woke. Now she's at his pack house to find out why... But things aren't what she expects. Archer's not a wolf, or wasn't until a few days ago. Now he's chained in his family's basement as he undergoes conversion. But not everyone survives the madness, and as a natural alpha, Archer's a prime candidate for going feral.

There's just one thing that might bring him back from the brink... Will Reena put her life on the line to save a wolf from madness?

Archer knows something's wrong with him, but since he can't remember his own name, he's got no idea what it is. All he knows is the fury that inhabits his skin. A fury that is only eased by the little female whose voice and scent soothes the beast inside him.

Now if he can just convince her to come closer, maybe he can make her his, and tame the fury in his blood.

**Please be aware that this is an Erotica short**

**Smut-shorts: City Wolves are a loosely linked serial. This story should be read after 'Mistress of the City', but you do not need to have read the other stories (Master of the City, etc)**
Posted by Unknown at 12:00 AM No comments: