Murder and Mayhem by Rhys Ford 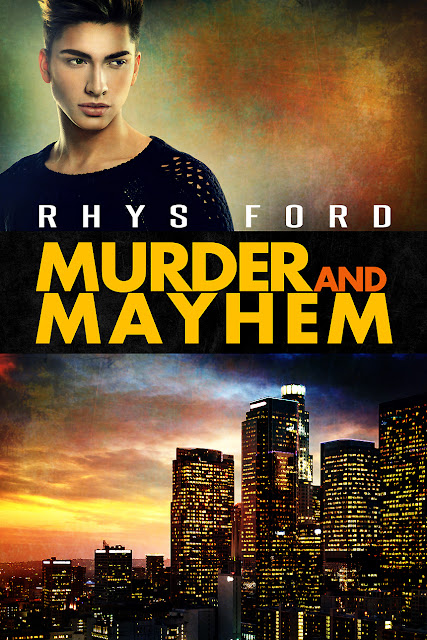 Murder and Mayhem
Dead women tell no tales.
Former cat burglar Rook Stevens stole many a priceless thing in the past, but he’s never been accused of taking a life—until now. It was one thing to find a former associate inside Potter’s Field, his pop culture memorabilia shop, but quite another to stumble across her dead body.
Detective Dante Montoya thought he’d never see Rook Stevens again—not after his former partner’d falsified evidence to entrap the jewelry thief and Stevens walked off scot-free. So when he tackled a fleeing murder suspect, Dante was shocked to discover the blood-covered man was none other than the thief he’d fought to put in prison and who still made his blood sing.
Rook is determined to shake loose the murder charge against him, even if it means putting distance between him and the rugged Cuban-Mexican detective who brought him down. If one dead con artist wasn’t bad enough, others soon follow, and as the bodies pile up around Rook’s feet, he’s forced to reach out to the last man he’d expect to believe in his innocence—and the only man who’s ever gotten under Rook’s skin.

Murder and Mayhem Excerpt
The large case he’d set up as a wall between the front and the back of the store was broken as well, but from what he could see, the movie props he’d placed there were intact, although he couldn’t say the same for the enormous papier-mâché griffin he’d found at a Harryhausen tribute auction. Peppered with bullet holes, its body and head were marred with crumbling white holes, a scatter pattern large enough to make Rook’s stomach turn.
“Shit, they were trying to kill me.” He leaned back, trying to do a visual count on how many bullets pierced through the window and into the shop while he’d been plastered to the floor to avoid being shot.
“Go in but do not touch.” Rook echoed what his grandfather’s lawyers told him, trying to absorb the destruction. “I can’t even move without touching something. And how the hell am I going to document the damage? What isn’t damaged? Fricking lawyers.”
“Are these the same lawyers that told you to return to the scene of the crime and screw up any residuals that might be here?” Montoya’s deep voice rumbled out of the darkened doorway leading from the storefront to the elevator up to Rook’s apartment. “If they wanted you to be thrown into jail, they could have just left you there instead of this catch-and-release program we’ve got going.”
Montoya looked… good. Again. Too good. Too ruffled, too scruffy hot, with broad shoulders and his burned burned-honey eyes fringed with thick, long lashes. A hint of a dimple threatened to spread when his mouth quirked to the side, and Rook had to swallow around a lump in his throat when Montoya shoved his hands into his jeans pockets, sliding his black leather jacket back with his elbows to expose his gun harness.
Even from a few feet away, the man was a tall, dangerous complication in Rook’s life. One he wanted as badly as he didn’t want him around. Rook wasn’t sure what was worse—being accused of murder or being tailed by a man he’d gladly bend over for but who wanted him in handcuffs instead.
“What are you doing here, Stevens?” Montoya’s rumble tickled Rook’s belly, licking hot flames down his crotch and over his ass. “You shouldn’t even be here. What were you thinking?”
Rook had just the smartass answer to throw back at the detective. A burning slap of a sting mingled with a bit of a flirtation hot enough to make the man blush. It would have been an epic moment. One to balance out the unbearable want Montoya seemed to rake up inside of him and caustic enough to push the man’s buttons while pushing him away.

Read an excerpt and Purchase Murder and Mayhem here: http://www.dreamspinnerpress.com/store/product_info.php?products_id=6468

Rhys Ford is one of my go-to authors for MM romance. I LOVE her style and she really creates some rich characters. Murder and Mayhem is no exception. Though it's a tad darker than some of her other books, it fits with the story.

I really loved the history between the characters and the way Rook and Montoya push each others' buttons. The attraction between them is palpable and the sex is HOT. It doesn't overwhelm the story, another reason I love Rhys' books. By the end, I was so invested in these two characters that I was dying for book 2 and definitely plan to pester her to write faster ;)

Having to wait for book 2 ;) Just kidding, I know it'll be fantastic so I'm patient. Mostly.

This book has it all: action, romance, murder and mayhem. I highly recommend this and every other book by Rhys!! 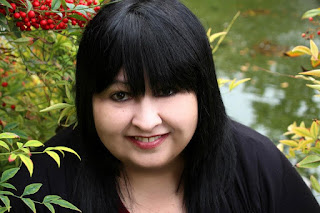 Rhys Ford was born and raised in Hawai’i then wandered off to see the world. After chewing through a pile of books, a lot of odd food, and a stray boyfriend or two, Rhys eventually landed in San Diego, which is a very nice place but seriously needs more rain.

Rhys admits to sharing the house with three cats of varying degrees of black fur and a ginger cairn terrorist. Rhys is also enslaved to the upkeep a 1979 Pontiac Firebird, a Toshiba laptop, and an overworked red coffee maker.

And at the Starbucks down the street. No really, they’re 24/7. And a drive-thru. It’s like heaven.

My books can be purchased, folded and first chapters read at Dreamspinner Press. http://www.dreamspinnerpress.com