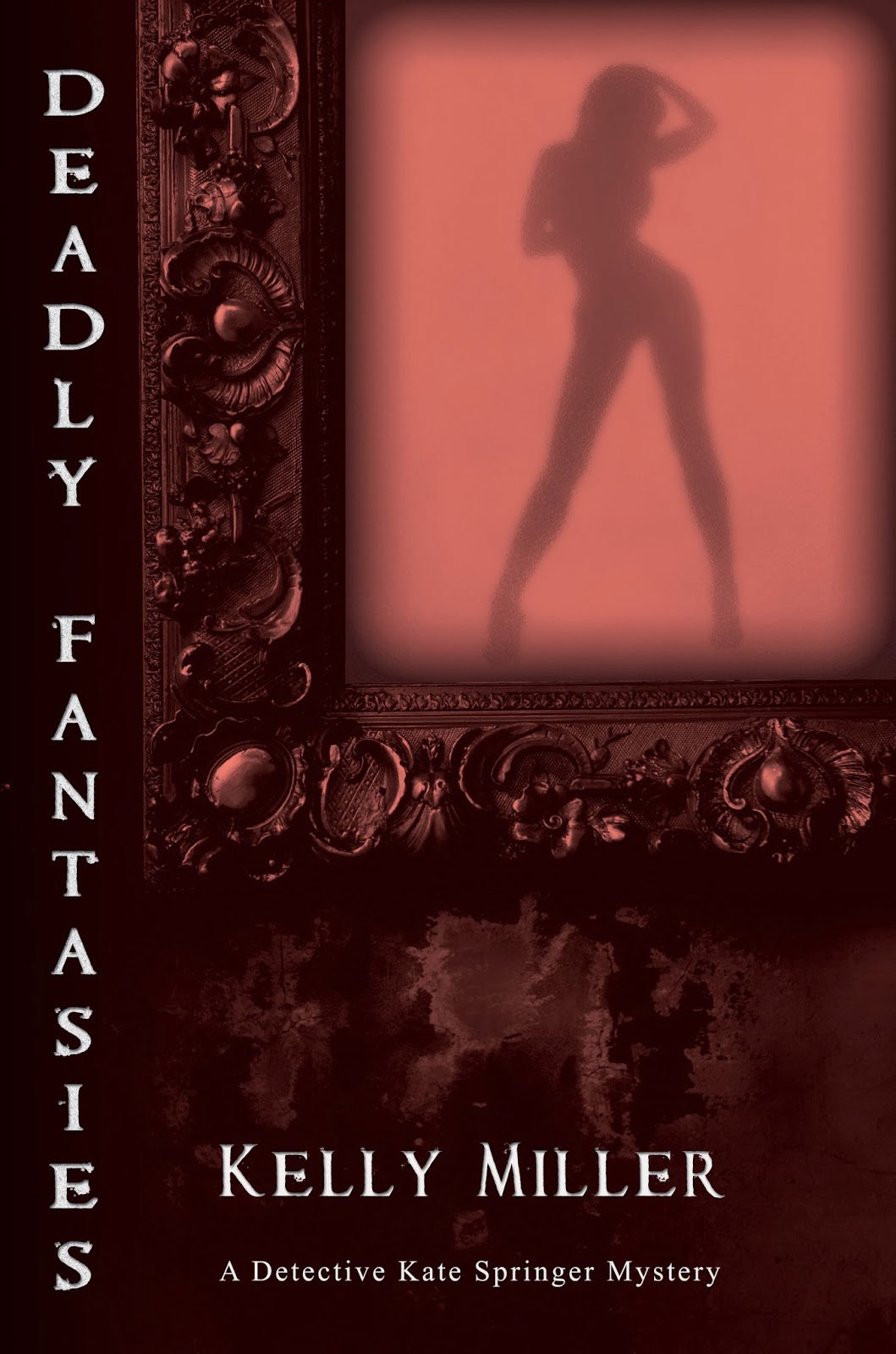 Deadly Fantasies
A ringing phone at 1:17 am is never a good thing, but Homicide Detective Kate Springer doesn’t have the luxury of ignoring the call. On the other end of the line, a confessor admits to murdering her husband. Dr. Nina Grace needs help, and Kate knows it’s time to repay a debt. No matter the consequences, Kate must fight to keep the investigation from solely focusing on her friend.

Jonathan Grace controls the people in his life like he does his business—with a chokehold. His insatiable appetite for living life on the edge leads him to a club where he’s encouraged to act out his darkest desires. But what happens when one man’s fantasy becomes another’s nightmare?

Did Dr. Nina Grace kill her husband or did Jonathan’s secret life lead to his death? Detective Springer knows that no matter what her friend admitted, she couldn’t be capable of the horrific torture and murder of her husband. But will Kate’s blind loyalty be her downfall?

Deadly Fantasies Excerpt
Chapter 1
The evening flooded back like snapshots in a memory book. Hotel. Celebration. Drinks. Skin. Lots of skin. I grabbed my ringing phone with one hand and moved the bedside alarm clock closer with the other. The numbers burned 1:17 am, mocking my now awakened state.
After three years as a homicide detective, a call this late, or early depending on your point of view, could only mean one thing—a dead body. It was just a matter of time. Tampa hadn’t had a murder victim laid at its doorstep in four days.
A voice next to me grumbled, begging me to make the ringing noise stop.
“Detective Springer,” I croaked into the phone.
Nothing but dead air.
Great, crank call. I twisted sideways, getting ready to switch on the nearby lamp, but stopped midair when a whimper, childlike yet aged with the sound of regret, broke free from the phone’s speaker. “Kate? Kate?”
I knew that voice. But from where? The cobwebs from too much partying cluttered my mind. The crackling of bad reception filled the airways.
“Kate, I think I killed my husband.”
Dr. Nina Grace. Finally attaching a name to the confessor, I asked, “What? What do you mean—” I stopped midsentence, knowing any more words would be wasted. Our call had been disconnected.
I grabbed my clothing scattered around the room and began dressing. “Last night was wonderful,” I said, leaning over Jeffrey, “but I gotta go. Keep sleeping, I’ll call later.” He was so out of it, I doubted he’d even remember me leaving. Hell, we’d been asleep for less than two hours.
Jeffrey turned away from me, rolling over onto his side. He pulled the covers up tight underneath his chin and mumbled, “That’s okay. My wife’s not expecting me home tonight.”
What! Bastard told me he’d separated from his wife six months earlier. Said he’d filed for divorce three weeks ago. I should have known better than to trust a lawyer. Should’ve stopped by the courthouse and looked up the records myself. Unfortunately, the sort of justice he deserved called for more time than I had at the moment. And the right power tools. I had to get to Dr. Grace. She saved my life last year. Now it was time to return the favor.

Bio
Kelly Miller lives in Tampa, Florida where her novel is set. She’s married, has three children, and a black Labrador named Gracie. Kelly is a proud member of the Florida Writers Association.
Deadly Fantasies is the second book in the Detective Kate Springer series. The first book, Dead Like Me, won second place in the best mystery category of the 2011 FWA Royal Palm Literary Awards competition. It was also named a semi-finalist in the mystery category of The Kindle Book Review’s 2013 Best Indie Books Awards competition.


This rafflecopter is a giveaway to one person for two signed paperback copies of each title in the Detective Kate Springer series, “Dead Like Me” and “Deadly Fantasies.”

a Rafflecopter giveaway
Posted by Unknown at 9:07 PM