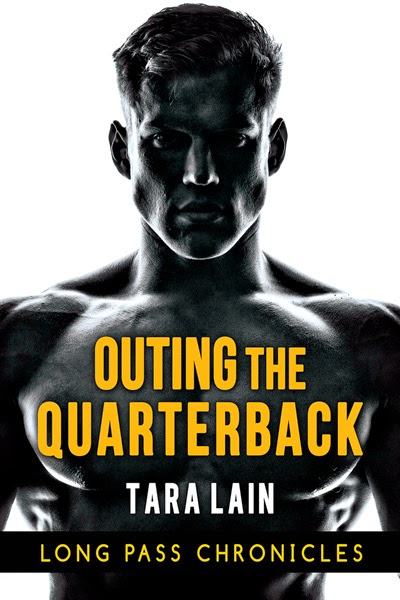 A Novel in the Long Pass Chronicles

Will Ashford lives in two closets. He meets his wealthy father’s goals as both the quarterback for the famous SCU football team and a business major, but secretly he attends art school and longs to live as a painter. And he's gay. But if he can win the coveted Milton Scholarship for art, he’ll be able to break from his father at the end of his senior year.

In a painting master class, Will meets his divergent opposite, Noah Zajack. A scarred orphan who’s slept on park benches and eaten from trash cans, Noah carefully plans his life and multiple jobs so he has money and time to go to art school. Will's problems seem like nothing compared to Noah's. Noah wants the scholarship too and may have a way to get it since the teacher of his class has designs on him, a plan Will isn't happy about. 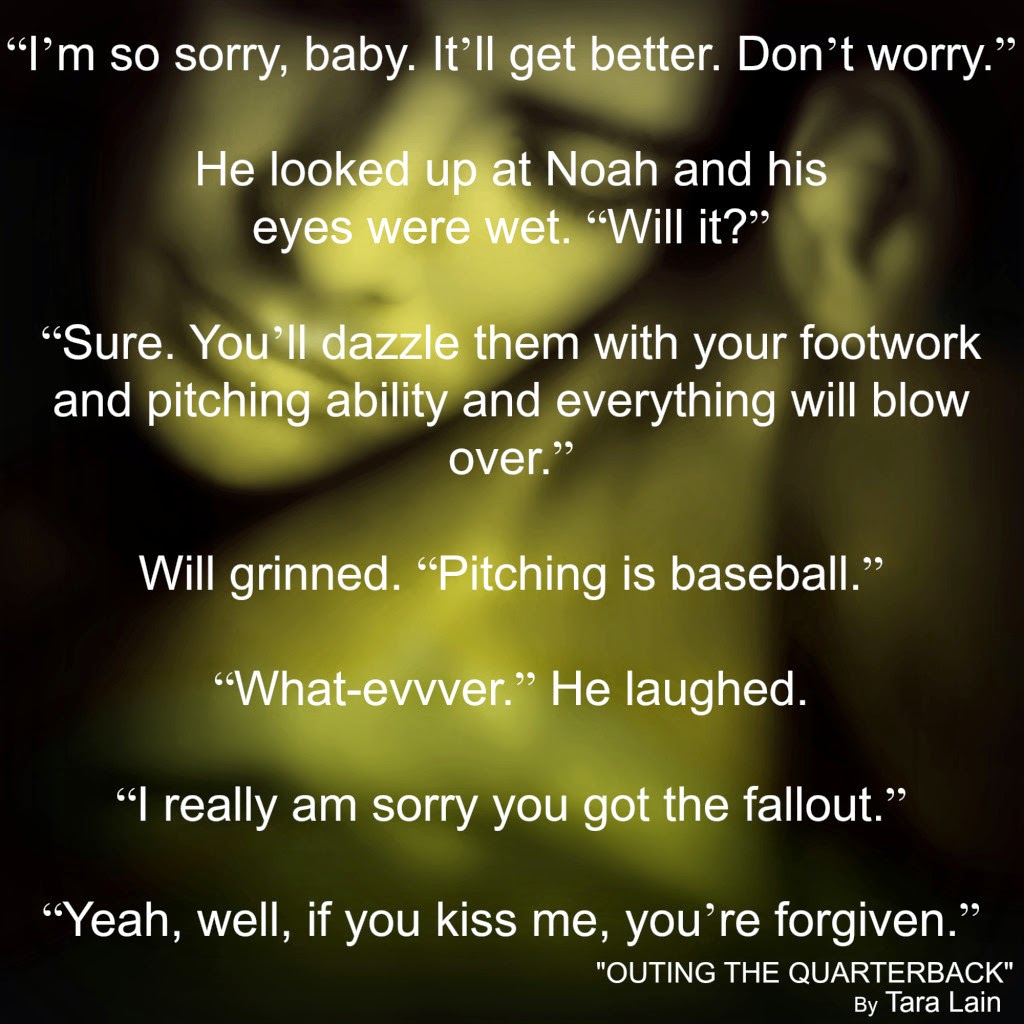 Excerpt
Noah stuck to his back as Will collapsed onto the narrow bed. The weight felt so wonderful. His ass felt so wonderful. His heart felt pretty damned good too. He’d made that cool, cynical artist with all the top experience lose it. Better than a fifty-yard pass.
His heart hammered against the bed while Noah’s beat against his back. It actually tickled. Will murmured, “We got a two-drum concert going on.”
“Yeah.” Noah’s chest expanded as he drew a breath; then he rolled and flopped on his back. His right shoulder hung off the bed.
Will turned on his side, tucked an arm over Noah, and pulled him closer. “Don’t want you falling off.” Actually, he missed the guy’s warmth and wanted him near.
Quiet. Breathing. What to say now?
Noah chuckled. “Who’d have guessed you’d be a bottom? And such an enthusiastic one.” Well, shit. Will pushed up on his forearm. Noah grabbed him. “That was no lie I love it.”
Will collapsed back to the bed and stared into Noah’s blue, blue eyes.
Noah brushed hair off his forehead. The mane fell over his shoulder. He looked like a painting. “So what now?”
“You do have a way of getting to the point, Tas.” Will cocked an eyebrow.
“No time to play games. You’re the one with all the closets.”
Shit, yeah. Will sighed and pushed up on his elbow, then to sitting. “Don’t you think it’s a little too soon to kill the afterglow?”
Noah shrugged. He flopped on his back. “I’ve got an early class tomorrow, so I can’t ask you to spend the night.”
“I have to go anyway.”
“Back into the closet.”
Will frowned. “You knew about me before you fucked me.”
“Yep. But your ass turned me on more than your made-up life turned me off.”
“I don’t know whether to be insulted or flattered.”
Noah flashed that half smile. “Your choice.”
Will stared at the beautiful, scarred, cynical face. “Maybe you’re just too tough for me, Tas.”
The blue eyes riveted him. “Also your choice.”
Will breathed in slowly through his nose. Every hour of his lying life felt like a low ache in his heart. This was different. More like a knife or a big needle. Weird. He didn’t know this guy. He’d gotten what he wanted—a hot poke in the butt. But the desire to have Noah care about him beat like a pulse.
He unfolded himself from the bed and scooted to the floor. Noah didn’t move.
Pants with briefs inside went on first, then his sneakers, then his sweater. Only the sound of rustling clothing interfered with the silence.
He walked to the door. Should he look back? No way, he couldn’t. He turned his head. Noah lay with one arm curved above him on the bed. His lean body looked as relaxed as his cock. His eyes were watchful.
Will nodded. “Thanks. It was great.” He opened the door and walked out.
Cool air hit him and made him shiver, but it wasn’t as cold as his big exit.

Tara Lain writes the Beautiful Boys of Romance in LGBT erotic romance novels that star her unique, charismatic heroes. Her first novel was published in January of 2011 and she’s now somewhere around book 23. Her best-selling novels have garnered awards for Best Series, Best Contemporary Romance, Best Ménage, Best LGBT Romance, Best Gay Characters, and Tara has been named Best Writer of the Year in the LRC Awards. In her other job, Tara owns an advertising and public relations firm. She often does workshops on both author promotion and writing craft.  She lives with her soul-mate husband and her soul-mate dog in Laguna Beach, California, a pretty seaside town where she sets a lot of her books.  Passionate about diversity, justice, and new experiences, Tara says on her tombstone it will say “Yes”!