Cover Reveal for Storm of the Mohawk!!

Hello my lovelies and welcome to another exciting day here on The Lindsay Show!! Today I welcome the fantabulous author and friend N. Kuhn for a cover reveal for her upcoming awesomeness, Storm of the Mohawk! 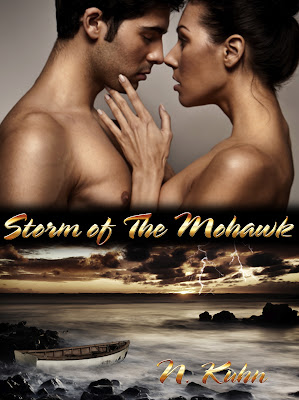 Janelle and Samantha have family they never knew about. Hiding out in Olcott, New York, Damien hopes to keep the evil in their life locked up and away from The Scepter of Okwaho, and from Jany. Fighting for the life of his new family, will he be able to save her in time?

As night eventually draws near, it’s time to prep. There are bulletproof vests piled in the rear of the ship. I put one on, and pull the t-shirt over it. Sticking guns wherever I can, I have one in a holster on my leg, one in the rear waist of my pants, one tucked into my boot, and one I plan to hold in my hand. If I go down, I plan to take as many of them with me as I can. After sunset, I make my way from the ship, taking a final look back, knowing I’ll never see it again. A deep sense of foreboding settles over me like a fog. I’m going to die today. I know this, and will have to accept it. But even knowing that, I still press forward. It has to be done, this needs to end. Scaling the rocky beach walls, I make my way slowly back to the lake house I embarked from just the day before. A few miles later, and I’m standing, in pitch black darkness, staring at a dark house. As thunder crashes around me and lightning fills the sky, I know it’s the end. This will be my doom, destiny or glory. It’s all up to me and fate now. Let’s see who’s stronger. 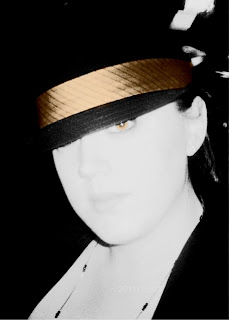 The N in N. Kuhn is actually Nicole. She was born and raised in western New York. She grew up with a love of books, and a passion for writing. She was always found with her nose in a book. She finally decided to take the steps to embark into self publishing at the urging of her Grandmother. Mrs. Kuhn has dedicated her second book to Janet Starr, as she passed just days after being published.

Nicole survives on coffee alone. Mostly Tim Hortons. (It's a NY thing.) A fan of drinking it from the time she gets up, until she finally rests. When not writing, she crochets and spends time with her beautiful daughter and her husband. Her friends call her Octo-Mom because she multi-tasks so well. Between her full time job, family, crochet and writing, it's a wonder she ever sleeps.

Mrs. Kuhn feels that reading in our youth is a very important trait to instill. She reads with her young daughter as much as she can. "It's the most important thing a parent can ever do with a child. Read, teach them to read. Don't buy them toys, buy them books," She says.

Posted by Lindsay Avalon at 6:58 AM